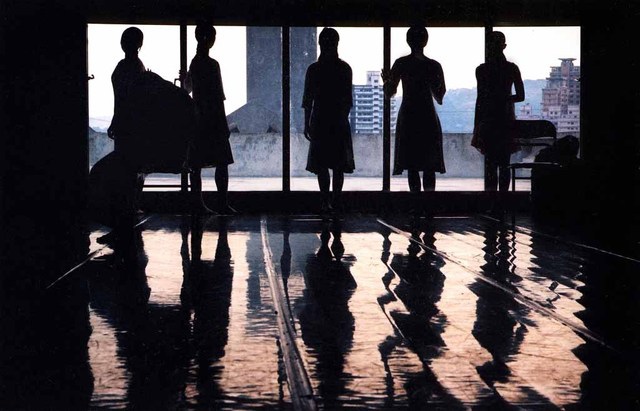 【開幕前】演出前，當幕緩緩升起，正是表演者最全神灌注的時刻。（1995國立藝術學院）
【Just Before the Curtain Rises】The dancers project their focused minds onto the curtain before it rises. (National Institute of the Arts) 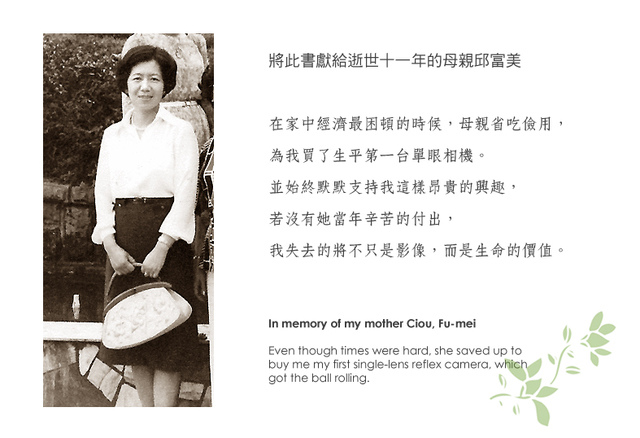 I'm 36 years old, and I've spent more than half of the years of my life doing photography. Three years ago, I had a dream, in which a blurry man was asking me a question. “If your life’s destiny is to be a photographer, what is the vision you want to share with your audience?” Dumb stuck, I woke up in a cold sweat. It was three o’clock in the morning. I rushed to examine the photos I’d taken, one by one, hoping to find one that could answer the question. Two hours passed, and I was frustrated to admit that there was not a single photo that express my “vision.” At that moment, I had an abrupt impulse to burn all my negatives…

At the age of seventeen, I received my first single-lens reflex camera as a gift from my mom. That was the same year that Human Magazine was established, and its humanitarian perspective had a great impact on me. In its pages, I found motivation, the strength I needed to support the weight of my camera: To keep a photographic record of the real stories of the island in these ever-changing times. Every day, after getting up in the morning, I carried the camera over my shoulder and explored the island, instead of attending school. Usually, I would stand on the train platform and jump onto the first train to stop before me, for I believed that fate would take me to the place I was needed most. In those days of uncertainty and unease, my pure passion for simply improving society gave strength to my actions and ideals alike. The first time I saw the world through the viewfinder, I felt I had received a great gift. I knew, from that moment on, it was my lot in life to look into people’s eyes and tell their stories through the lens of my camera.

After finishing my military service, I got a job as a photographer at Taiwan News. I was 23. For the first time, photography became a way for me to earn my living. Day after day, I kept on pressing the shutter without asking why. As I followed the president up and down the island, wasted entire days at the Legislative Yuan watching legislators fighting for the spotlight, or stood between protest groups and police in the midst of a heated confrontation, the weight of the camera became more and more of a burden to me. Fearing that I was too exhausted to see what I was shooting anymore, I knew I’d lost my passion for photography.

But there are surprises around every corner in life. Thinking of leaving the media, I unexpectedly got a job at another paper—China Times. Now that I was playing in the big league, I was inspired by the variety of viewpoints represented by the many different photographers. Once again, I thought I’d found what I was looking for. But time proved me wrong. Just when everything seemed to be going as smoothly as it possibly could, my nagging conscience started telling me it was all too easy. I knew it was time to turn another corner. Meeting Eric Liu was a turning point for me. In the time it takes to drink a cup of coffee, I encountered an unexpected opportunity. We decided to establish an image company together, specializing in the publication of professional images. Without a second thought, I left the secure harbor of China Times, where I had stayed for eight years, unfurled the sails of Corner Publications and set off for the great unknown. We may not be experienced, but we firmly believe in what we are going to do.

This book is the first one by Corner Publications. All the photos inside are a record of my last twenty years. Passion, imagination, sadness, merriment, pain… fleeting emotions made true in the second a photograph is taken. As are my personal ups and downs. Portraits, scenery, still lifes… as I reviewed them, every brief moment in time was brought back to me by the click of a shutter. They were the best witnesses to what happened in those brave, impulsive, and idealistic days. Which explains why I was especially cautious when telling their stories, for they are the respectable common people living on the island. This is why I chose to make these images public: They are a formal and determined farewell to my past, for I know in the future they will not come into my viewfinder again.

Before publishing, I once again buried myself deeply in these photos. It was then I realized that a person’s life is like a curving line. Sometimes, one line can parallel other lines for decades. Sometimes, their relationship is as short as several seconds, a brief intersection in time. If life could be simply drawn into a curving graphic, people would surely open their eyes to the number of people they’ve encountered throughout their lives. Their curving lines influence others, and are being influenced as well.

Yet, after all this introspection, I still have no answer for that man in my dream. What vision do I intend to show to the public? Maybe I’ll search my whole life without finding the answer, or maybe the key lies in the quick and short moments when I encountered those people in my photos. Anyway, this book is the photo diary that took me twenty years to complete. Right now, when I look back at the lonely corner where I started off, and the many corners I turned before coming to the place where I am standing now, I appreciate the people, events and moments that shaped my life more than ever.

Juan I Jong~
Without his selfless instruction and inspiration back then, I don’t think I would be able to see so many things clearly today.

Michael Song~
Talking of dream businesses, hours spent building castles in the air together, gave me the courage to lay the bricks for a Corner of my very own.

Eric Liu~
Over a steaming cup of coffee, he offered me a chance to plant the seed of an idea that had been floating in the air for years. His open-hearted support made this book possible.

All the people seen in the book~
They are the ones who taught me to lead a real life, who guided me to see the real story, and who moved me to feel real emotion. They are their own heroes. 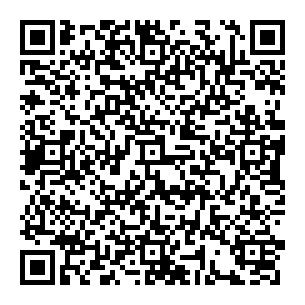